Home Entertainment Uncomfortable Facts That Will Keep You Awake At Night 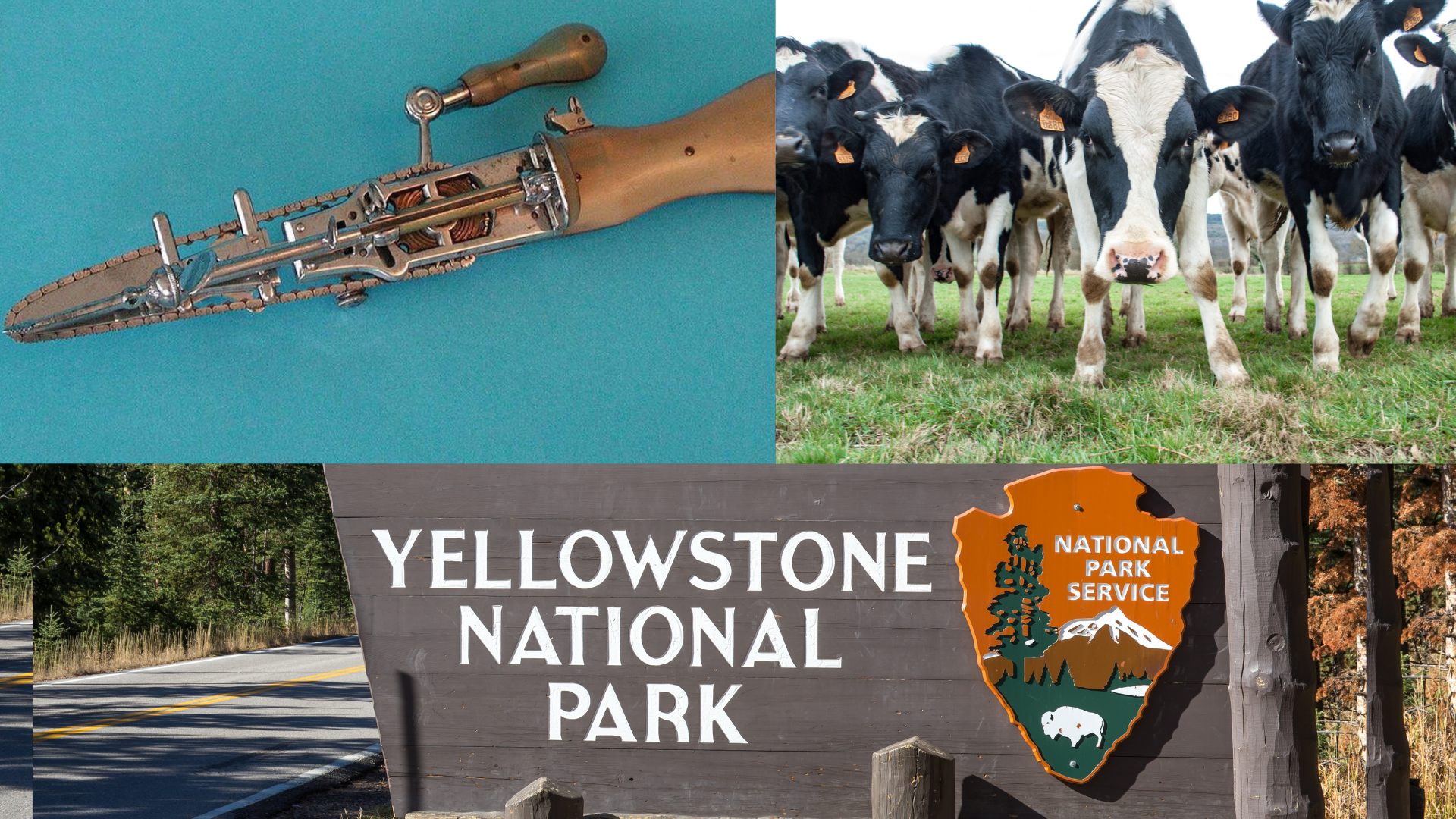 Many times ignorance truly is bliss, because being aware of some uncomfortable trivia facts could change the way you look at common sights around you. We dare you to get through this article and still go to sleep as normal tonight.

1. Sharks Ain’t The Most Dangerous Animal Out There

Probably every time you go to the beach you may wonder what’s lurking under the water. Is there a shark about to attack? Not likely. You are more likely to die due to a cow attack. Sharks kill one person per year, while cows are to blame for 20 deaths per year.

2. Peanut Butter Has WHAT?!

Every day we walk past many different sorts of people. Everyone has their own story, but we are normally too busy with our own business to even start thinking about that. This is probably a good thing because the average person walks by almost 16 murderers in their lifetime. If we learned this, we had to share it with you. Here’s how we can prove this: assuming you lived in an average-sized city: you would walk by 10 new people per day. This happens 365 days per year and humans live about 71 years, which means we walk past about 260,000 different people. If we take into account that six out of every 100 thousand people are murderers, that averages to 15.6 murderers walked past by.

Big Bird almost joined NASA’s Challenger mission to promote science and discovery to kids. Thankfully, the logistics of making a ginormous astronaut suit that would work for a person inside Big Bird’s suit were not feasible. Otherwise, millions of kids and adults would have watched Big Bird meet a tragic end along with the spacecraft.

5. The Mystery Of Alexander The Great’s Death

According to legend, when Alexander The Great died his body did not start to decompose until six days after his demise. This was taken as a sign that Alexander was a true divine warrior. However, Dr. Katherine Hall of the Dunedin School of Medicine at the University of Otago, New Zealand, sustains in The Ancient History Bulletin that the mighty warrior may have experienced the Guillain-Barré Syndrome (GBS), a swift debilitation of the muscles caused by the immune system attacking the nervous system.

This would mean that while Alexander The Great appeared to be dead, he was actually just paralyzed. Meaning he actually was falsely declared dead and consecutively died 6 days later without being able to tell anyone of his state.

6. Makes So Much Sense

Pups. So cute and adorable. They are so adorable we tend to forget all dogs are natural predators. This explains their love for squeaky toys. Indeed, the noise squeaky toys make stimulates their instincts by mimicking the sounds of scared or injured prey animals.

Now, if you ever wondered why their favorite squeaky toy is now being forever ignored after losing its squeaker, that’s because your pup has come to the conclusion its prey is officially dead.

While the guillotine seems to be like an antique and barbaric tool, in fact, the last time France’s “National Razor” was used was in 1977 when convicted murderer Hamida Djandoubi was executed. However, it didn’t truly become obsolete until September 1981, when France abolished capital punishment for good.

But when it comes to barbaric antique tools, medical equipment is the most terrifying. Like the birth of chainsaws. Indeed, chainsaws were actually used in medical procedures. Specifically, C-sections. Yes, chainsaws were a medical tool meant to make birth easier and save both mom and baby.

The way they were used was during a surgical procedure known as a symphysiotomy. The pubic symphysis – a joint made of cartilaginous tissue above the vulva – was split to widen the pelvis and make childbirth go more softly.

9. This Is Why Advancing Science Is Important

Once again, old medicine and science can be quite scary. Proving why science must always continue to advance. As lately as the 1980s, many researchers and doctors presumed babies couldn’t feel pain, so some were operated on without any anesthesia.

And when it comes to child care, it isn’t just medicine that evolves. As confirmed by Shirley Temple, during the Old Hollywood days, if a child actor ever behaved badly on set they were on occasion sent to “the black box” and were made to sit on a block of ice as punishment.

11. Grim Reminder You Must Succeed

Climbing Mount Everest is one of those tasks you either renounce early enough or make it your last project in life. Those who have climbed Mount Everest can attest there’s a section called the Rainbow Valley, the last zone to climb to reach the peak. While the name sounds cute, this valley in reality is the colorful jackets of climbers who are frozen in time against the white, unforgiving snow.

But to be fair, treks anywhere can be dangerous if you go unprepared. The United States National Parks are actually a very good example, with 1600 people going missing in them every year.