Home Entertainment Good Old Days: A Glimpse To Unique Moments Of The Past 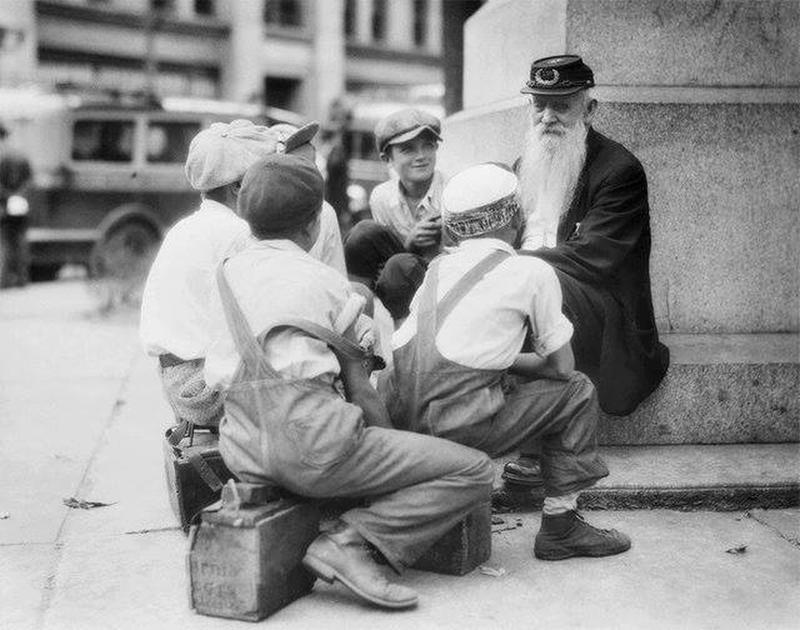 When we look at the past, the older days always seem so much brighter than today. Truly, there are some jewels and magical moments in the past. From the ridiculous to the memorable, the following 12 photos are amazing examples of the marvels of the past.

1. Even Pastries Went Through Changes

From this man’s expression, you’d think he’s dealing with an extremely dangerous matter. In reality, this is just a presentation on the reasons donut holes changed. As with many changes, we can blame this one as well on technology. Thanks to the new donut makers, the need for a bigger hole ceased.

When a new presidential family moves into the U.S.A. White House, there is always speculation over what sort of furry family member will they bring. In this case, Bill Clinton’s cat- Socks- was at the eye of much political turmoil due to his popularity. Socks the cat became so popular, that even kids across the nation could write him letters.

3. When Being Groovey Is The Norm

Many from the younger generations would think these three men are about to perform in some sort of show since they’re wearing all the flare. In reality, they are engineers in 1971 checking out a Digital Equipment Corporations (DEC) customer site on a Programmed Data Processor (PDP) computer.

5. What Every Man Wants

Beer. Believe it or not, there was a time when alcohol was illegal. Even the lightest of beers were banned. But every worker in 1925 knew what they needed to unwind after a long day at work.

6. Not For The Faint Hearted

Talking about workers and their work, some jobs of the past carried some extra risks. Safety lines and nets were not a thing when these painters were working on the Woolworth Building in 1926.

You know when you have such a great idea you don’t realize it’s terrible until you put it in practice? That’s what happened with the sky cribs in the 50s. Thankfully they were short-lived. Probably they saw turbulence, luggage, and babies were not a good combination.

8. Gone With The Wind

It was 1940 when the Tacoma Narrows Bridge collapsed due to ridiculously strong wind. Though technology might have made many activities less enjoyable, we can know for sure we are glad it has made things safer for everyone.

9. The Beginning Of A Decades Long Roar

We’ve all seen it. The famous Metro-Goldwyn-Mayer lion. Though now we see only the same lion, back in the day they would record the roar of different real live lions. The one in this picture is a lion from Sudan named Jackie.

This picture from 1935 shows some young shoeshiners got more than just a couple of pennies shining this veteran’s shoes. With his uniform hat still in good shape and a beard as long as his life, this civil war veteran probably had some incredible stories to share.

11. Remember What We Said About Safety?

This joyful lady is simply enjoying the novelty of the ride. Probably she didn’t realize the dangerous situations she was in. Though this chairlift was an upgrade

Titled “The Babe Bows Out,” this picture from 1948 must be the most famous picture of the day the great Babe Ruth said goodbye to baseball. Unfortunately, the Bambino being diagnosed with terminal cancer passed away and gave his second and last goodbye just two months after this appearance.

Try Not to Laugh Out Loud at These Hilarious Headstones