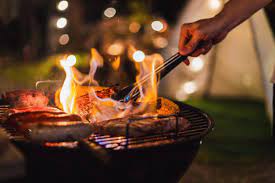 Do you ‘cue? The concept of barbequing food has been present in our society for quite a long time. It is, in fact, considered by many to be the oldest cooking method in the world. Now, barbeques are a way to have fun outdoor time with family and friends, celebrate special occasions, and unwind while enjoying smoked meats and veggies.

Most times, people don’t plan or even buy the right tools for barbequing and often have to make do with whatever materials they have on hand. They also come up with the craziest ideas for makeshift grills because, after all, the main reason for a barbeque hangout is fun before anything else. This lack of properly planning a barbeque and having the right tools might be because it is now so popular that everyone thinks they can hocus pocus, and voila! barbeque is served. Why don’t you sit back and relax as you read through so many epic barbeque fails that you just might fall off your seat laughing?

Maybe the plan for this was to sell or give out the barbeque while it was still smoking hot. If not, why else would a barbequing grill be made using a shopping cart? Worse still, it seems they forgot to buy the food to grill. I guess they’d all have to share pieces of the shopping cart.

Ever had that eureka moment that lasted until you put it to action, and then thought, “How did I think this could work?” I’m certain that’s exactly how this man feels because how is he supposed to get those hot dogs and plantains out of those large forks without burning his hands to a crisp? Don’t even get me started on the fact that the tops of the food will never have a chance to get roasted.

I think some people are just naturals in outdoing themselves because who’s bright idea was it exactly to use an old toilet seat as a grill table? Perhaps they were trying to get some ‘flavor’ in it. Would you eat the barbeque made from this?

Whenever I see this, I think of a group of singers struggling to share one microphone. It’s hard to believe that the plan for these kebabs and sausages was for them to cook, seeing how far away they are from the heat source.

Now, this I can relate to! Talk about the best among the fails. As someone who does not fancy the smell of smoke on me, especially my hair, this is an idea I would have jumped for. Having this electrical fan to do the job of keeping the flames up will certainly be great. That is until that stick gets shifted and the fan comes crashing down on the barbecue.

Into the Jaws of Death

Maybe these people forgot that barbequed food was supposed to come out edible. While this is a beautiful aesthetic, whatever is put in that mouth won’t come out recognizable. You might have to go into the jaws of death to pick up whatever pieces are left.

Buying a small barbeque grill is not a bad idea, but placing it on a wooden table is undoubtedly a recipe for disaster. Good thing they got the food off the grill in time to salvage whatever was left of it.

Have Your Cake and Eat It

Nothing like having a good old barbeque party with your closest buddies at the poolside, right? You can grill some meat and go for a few quick dunks between each mouthful you take. But what happens when there’s no pool in your home? Do you just give up? Maybe we can learn from these men who never said never and converted their truck into their own (very dirty) pool? Maybe not.

I must be delusional because the idea of barbequing pizza on a barbecue grill doesn’t sound so bad to me either. My first thoughts were it would be faster to make and have a lovely, brick oven taste… but it doesn’t quite play out like that. Here’s what that idea looks like when implemented. Can you tell it was supposed to be pizza?

OK hear me out: Is a lawn mower – grill such a bad idea either? I can imagine the mower working its way around the lawn with a hot barbeque set up on top, so that by the time we’re done landscaping, we have hot BBQ ready to eat. On the other hand, from this photo, it looks like the mower and the food (and you) might explode halfway through your chore.

DIYs are not bad in themselves while trying to save cost or simply make something work at the time. Just make sure to think your idea through so you don’t end up as the next fail meme on the internet.